There are good reasons for not tolerating their presence. The scratching and squeaking noises they create are annoying. Their droppings and urine will stain walls and ceilings,  and an cause objectionable, persistent odor that may attract insects and other bat colonies, even after the original colony is eliminated. Long-term accumulation of these droppings in attic spaces has been associated with the respiratory disease Histoplasmosis. This disease is caused by a fungal spore called Histoplasma capsulatum. Bat and/or bird droppings that have decomposed from 2-5 years or longer provide an ideal habitat for spore growth and reproduction. And finally, there is a slight chance of someone contacting a rabid bat, although the great majority of house-infesting bats in Kentucky are NOT rabid.

Exclusion Techniques Making a structure "bat proof" is the best long-term, cost-effective, and biologically acceptable way to control bats. Remember, the objective in controlling bats is to rid a building of the colony permanently. Exclusion is the only method that can guarantee this goal. In Kentucky the best time of the year to bat-proof a building is either in late fall after the bats depart for hibernation, or in late winter/early spring before the bats arrive. If, for some reason, it can only be done during the summer, the preferred time is mid-August or later. External exclusion programs should never be attempted mid-May through mid-August (nursery phase), because the young will be trapped within the structure and die, creating odor problems. Preventing bats from entering occupied rooms is usually a primary concern for those people experiencing a bat infestation. During this nursery phase, exclusion programs can be focused on the interior areas of the building using the same exterior guidelines listed below.

In some cases, such as very large, older buildings, excluding the bats will require a substantial amount of time to repair all the holes the bats are using to gain entry. There are, hwever, various products that provide practical, economical, permanent exclusion even for buildings like barns.

Two species of bats found in Kentucky are protected by state law. It is recommended that before conducting any type of bat control or relocating any bats that have been captured, contact a professional bat removal specialists. People occasionally inquire with ordinary pest control professionals as to whether or not the nuisance bat colony can be "exterminated" by applying some kind of poisonous material. This is not an acceptable control alternative because there are no poisons that can be legally used for bat control. Besides, poisoning bats might only worsen the situation. The bats may die in an inaccessible area within a building, thereby creating an odor problem. Also, bats affected by the poison could disperse over an entire community before dying. This may increase the chance of contact with a child, dog, cat, etc., thereby increasing the potential for a "rabies scare" and/or a possible rabies exposure. Bats in your house should be removed immediately.

If you suspect you have a bat in your attic, in your walls, in sheds, in a utility building or bats in your chimney you should call the our bat removal specialists immediately.  Our bat control technicians have the necessary training and skills to get rid of your nuisance bats and complete the necessary repairs and exclusion techniques stated above to keep bats out of your home.

Bats are among Kentucky’s most interesting and unique mammals and probably one of the most misunderstood. There are many myths concerning bats that cause some people to unnecessarily fear these mammals. Bats are, for the most part, harmless. They rarely, if ever attack people or "get tangled in your hair." In fact, most bats in Louisville are biologically useful mammals. They feed primarily upon insects, many of which are pests to agriculture. However, bats can be pests if they take up residence within Kentucky homes and businesses. 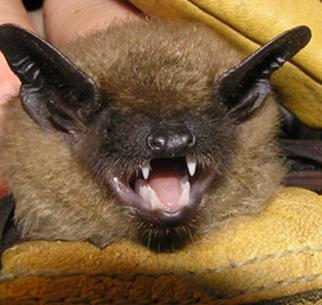 get rid of bats

Get Rid of Bats Lexington

Get Rid of Bats Frankfort